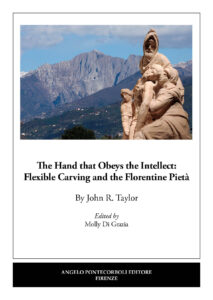 Recent research on the unfinished Florentine Pietà has revealed information about Michelangelo’s carving approach and the way it was impacted by the block of marble he worked on. In this new English book published by Angelo Pontecorboli Editore (soon to be available also in Italian), sculptor and scholar John R. Taylor provides insight into the history of the marble that was used and how it affected the techniques Michelangelo employed.

In what was meant to be a work for his own tomb, Michelangelo’s Florentine Pietà was begun in 1547, only to be abandoned eight years later and subsequently sold off by the eighty-year-old sculptor to a patron who hoped to have its damages repaired. The complex story of each phase that shaped and altered the sculpture that he had intended to make, as well as the disparity between his original vision versus how it looks to us today, has never been told so completely as now.

Two significant revelations came to light in the latest restoration at the Opera del Duomo. Firstly, the marble for the piece was not from the well-known quarries of Carrara, but in fact from the quarries of nearby Seravezza — a detail that offers certain clues about how the block ended up in the artist’s studio. Secondly, the fault lines and pyrite deposits that became evident in the scans further illuminate the issues inherent to the block he chose and which may be the reason why he ultimately abandoned it.

By casting a forensic eye upon the sculpture as it underwent restoration, John Taylor brings his distinct perspective as a sculptor with decades of experience in marble carving and on-site observations at the marble quarries of the Apuan Alps to the mystery of the unfinished Pietà. Beginning with a story of the mountains themselves and elaborating on the carving techniques and approaches Michelangelo will have used, more of the history of this fascinating work of art is revealed.

John R. Taylor is a British artist and scholar who has lived and worked in Italy for over 30 years. A recipient of a fellowship at the British School at Rome in 1990, his artistic practice soon brought him to the town of Pietrasanta where he began to study the story of the Apuan Alps. He continued this research over the years while working as a professor of sculpture and drawing in Florence, a technician in the studios of numerous renowned artists, and an exhibiting artist in his own right around Italy and abroad. His unique blend of practical experience and historical knowledge has led him to be a sought-after resource by organizations from UNESCO to restoration teams and universities around Tuscany. 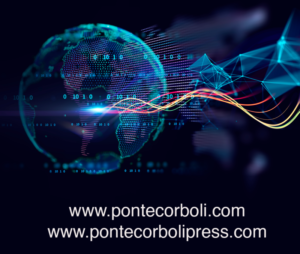